Sculpture and scent, 2014, for the Consenses Festival of the Senses, Martha’s Vineyard, MA

In the words of Sally Taylor, who conceived of and organized Consenses, the project “is a vehicle to see ourselves and others more clearly, compassionately, and without judgment while honoring the uniqueness of our individual truths & beliefs.”

For Consenses, Sally began with 22 photographs and asked a select group of artists working in various media to interpret them. Each of the 22 resulting artworks was given to another selected artist, someone who was working in a different medium from the previous artist. Their artwork was then passed down to another artist, and so on, forming a chain of related works in a manner similar to a game of telephone. For example: a musician interprets a photograph, a dancer interprets their song, a painter interprets the dance, a perfumer interprets the painting, a poet interprets the perfume and so on until all five senses are represented. Each artist was asked to extract the essence of the artwork they were provided and use this as a catalyst for their own creation. None of the artists had been told the identities of the other participants or were able to experience any of the works created earlier in their chain.

I was at the end of a chain and created a sculpture and scent in response to a photograph created by Sam Heydt, showing a woman standing in a swimming pool that appears to be in the middle of nowhere, surrounded by beach grasses and ocean. My response was influenced both by the photo’s enigmatic subject matter and by its formal characteristics: the remote location, the photographer shooting from above while the woman is at the bottom of a pool filling with water, the proximity to the ocean. The scent is built around seaweed absolute and a woody fougere.

Several months after contributing work to the show I was able to see the whole chain, when Consenses debuted in August, 2014 at Grange Hall in Martha’s Vineyard. It was exciting to see that elements of the original photo carried through – most obviously a sense of isolation or being left behind, and a link to the sea. Other chains also had thematic consistencies running throughout the various pieces. 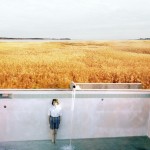 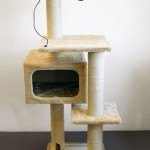 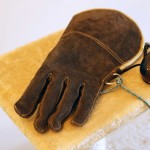 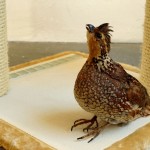