Installation and performance with custom scents, 3D printed scent device, actor-servers and food trailer. 2019, commissioned by the Martini Company for the Moscow Festival of Gastronomic Entertainment

GhostFood explores eating in a possible future – one marked by food scarcity and biodiversity loss brought about by climate change. Engaging the public via a customized food truck and trained food servers, GhostFood serves scent-food pairings that simulate the taste experiences of foods threatened with extinction due to the effects of climate change. The project was originally performed in the US and was updated for presentation at the Food & Science pavilion of Moscow’s Martini Festival Gastrofest.

For Moscow, three new scent-food pairings were created, drawing a connection between climate change and foods meaningful to the local audience. During the weekend of the Gastrofest over 1200 people experienced GhostFood, sampling the simulated tastes, interacting with the trained Ghostfood servers, and considering how they might feel if these foods were unavailable in the future.

Ghostfood was conceived and produced in partnership with Miriam Simun. 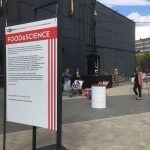 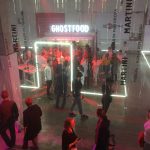 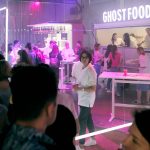 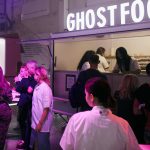 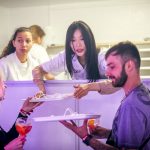 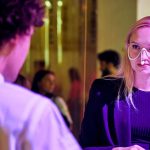 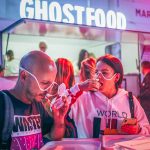 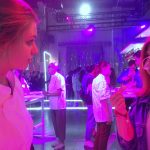