One of three projects in Gropiusstadt, Berlin. Gropiusstadt is a bedroom community in southern Berlin, planned in the 1960s by Walter Gropius and his firm, TAC. The neighborhood is adjacent to the old East Berlin and is bordered by an empty field that is now frequented by dogs and their owners.

I walked around the neighborhood for two hours (the route is marked on the map shown in the image gallery), from 10:15 to 12:15 on a Saturday morning in March. Approaching people with dogs, I asked if they spoke English, and then attempted to explain that I was doing an art project (“kunst projekt”) and could I photograph their dog (“der hund”)? I then handed them a postcard that explained this in German and indicated that if they wanted a copy of the photo I would email it or send them a print in the mail. The card also mentioned that the project was sponsored by GEHAG, one of the large local building management companies.

Of the 13 people I encountered, 11 allowed me to take photos, 9 gave me contact info that I could use to send them their photos, and 2 did not want to participate. One person asked if they had to pay for the photos (the answer was “no”).

Photos were sent to each participant who provided an address. The thank-you note sent along with the photos included this website’s URL. 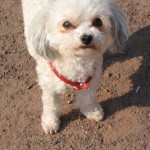 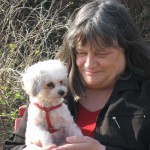 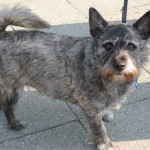 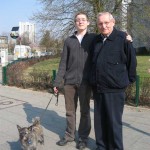 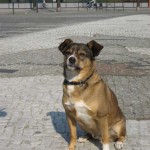 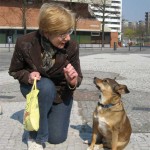 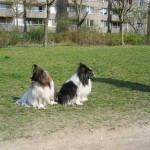 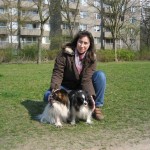 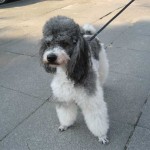 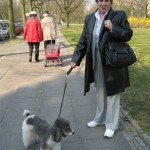 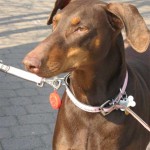 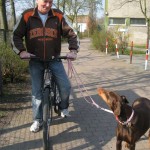 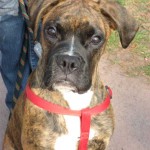 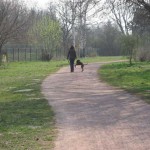 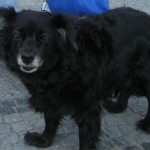 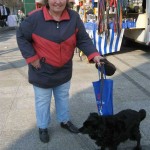 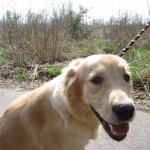 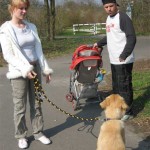 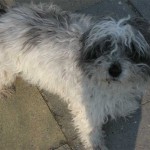 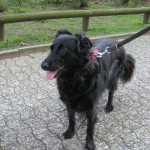 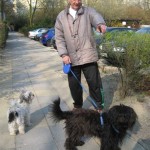 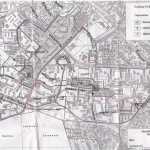